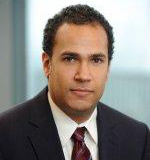 Following his graduation from Brown University in 2001, Kamali worked as a teacher at the Epiphany School in Dorchester, Massachusetts. Epiphany is an independent, tuition-free middle school for children of economically disadvantaged families from Boston neighborhoods. At the time when he worked there, Epiphany was still a relatively new school, and I therefore was required to work to create and refine the seventh and eighth grade math curricula. Additionally, as Epiphany students ate three meals a day at the school, he worked diligently to improve the nutrition in the meals provided by the school.

Following his time at Epiphany, he attended Stanford Law School and graduated in 2006. During his time at Stanford, Kamali was active in the black law student association, and in that capacity organized a panel on the intersection of hip hop and the law, which brought together practitioners in the field, including the attorney for Rosa Parks's estate, who was suing the hip hop group Outkast due to their use of her name in the title of one of her songs. Further, he was an executive editor for the Stanford Journal of Civil Rights and Civil Liberties. During his time at Stanford outside of the law school, Kamali was also a mentor to a group of high school entrepreneurs from East Palo Alto through the organization Businesses United in Lending and Development (BUILD). BUILD is a four-year program that targets disengaged high school students in low-income communities and uses entrepreneurship to motivate these students to excel in school and go to college.

Since graduating from Stanford, Kamali has been working as an associate in the New York office of the law firm Skadden, Arps, Slate, Meagher & Flom.