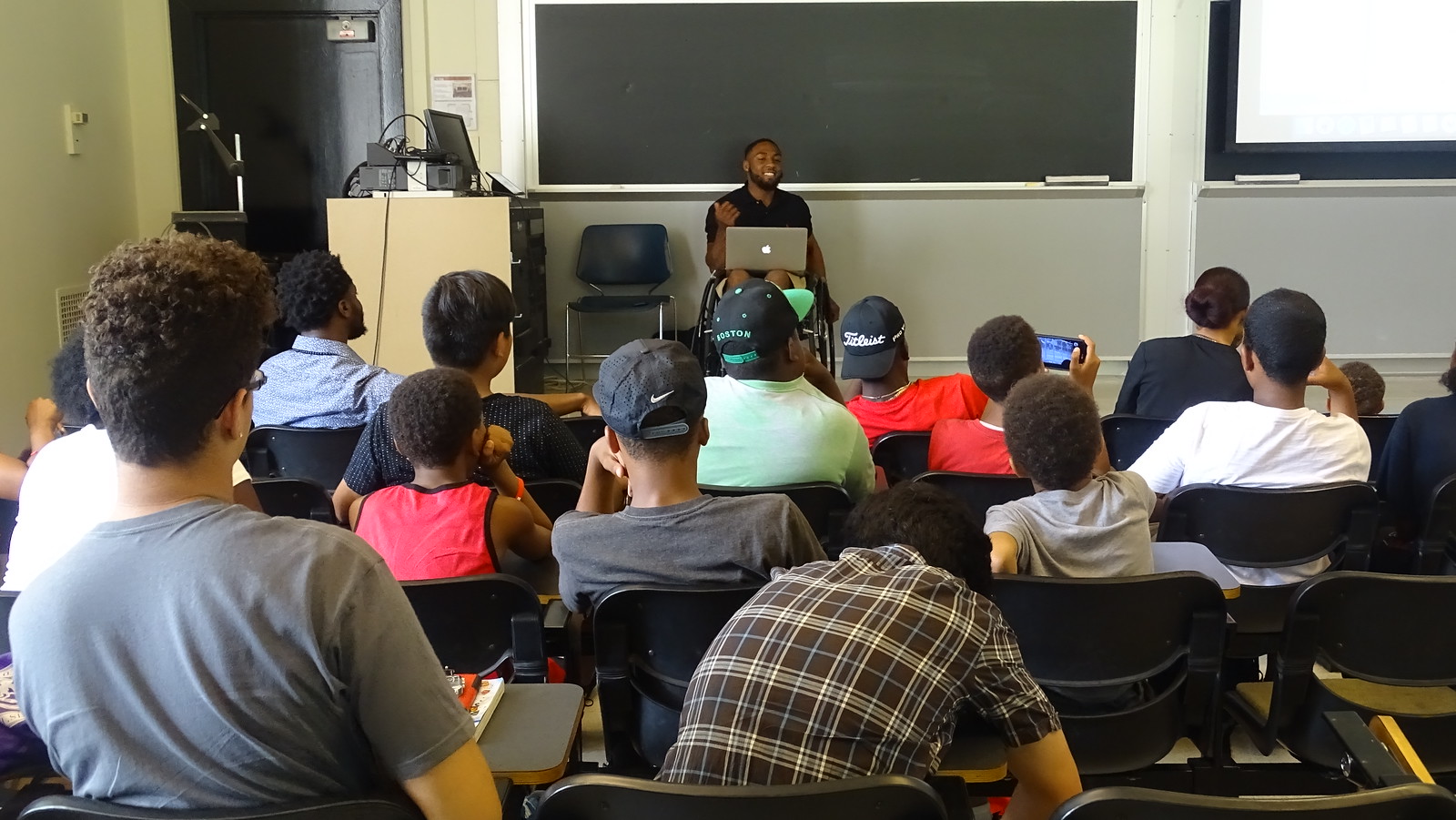 When Leon Ford was pulled over by three police officers looking for an alleged gang member with a similar name, he promptly handed over his license and registration. The interaction became confrontational when the three officers wrongly decided to place Leon under arrest, and tried to forcibly remove Leon from his car. The altercation ended with one of the officers shooting Leon three times, leaving him paralyzed from the waste down.

This is the kind of story we frequently hear about in the news, but are rarely encountered with in real life. We at the Young People's project were fortunate enough to have Leon visit our summer math institute at MIT this past week, and give a compelling talk that touched students, MLWs and staff alike.

Leon explained what had happened to him, his medical recovery, and the details of the court case that was brought against him. But he also touched on something that was far less tangible: the power of positivity. During his medical recovery, he spoke to some of the mental challenges he had faced. He fought a hard battle with depression, confronted repeatedly with the fact that he would never walk again. He described how tough it was for him to be faced with that prospect every day, and how he had to learn to redefine his identity after the incident. But through all the hardship he was faced with, he remained positive. Though he said he still struggles with negativity sometimes, he has become a beacon of light from a dark place, and a true role model for all of us.

At the end of his presentation, the conversation turned to racism and how it effects people of color in this country.  We were fortunate enough to be graced with the presence of local Cambridge police officer Michael Daniliuk, who spoke of the need for collaboration between activists and policemen to help end interactions like Leon's. It was a powerful moment for all of YPP to witness.